A little archery humour!
Go on, have a laugh, you know you want to! 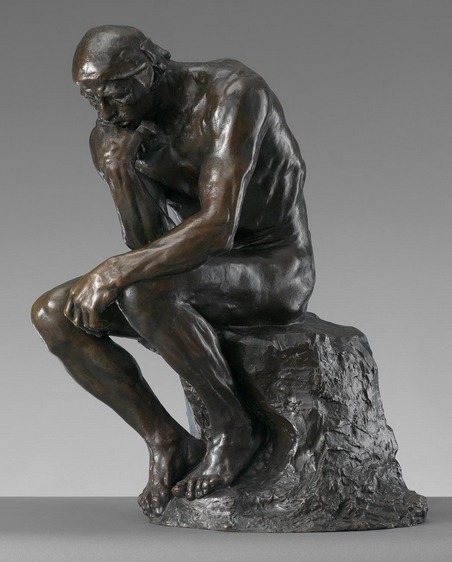 Sometimes I wonder if my bow is thinking of me too. 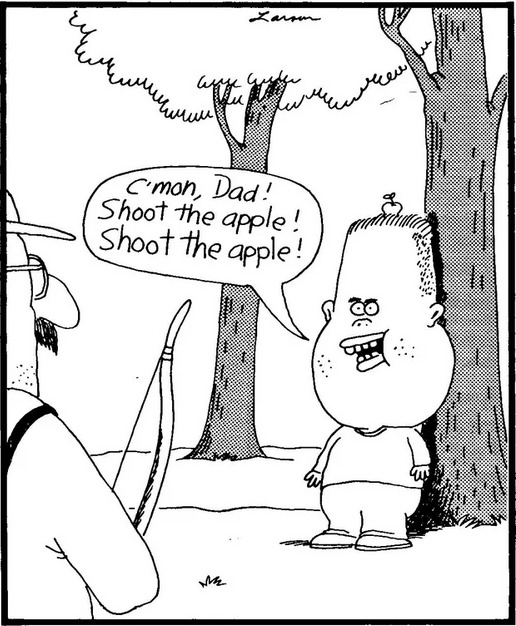 Unknown to most historians, William had another, less fortunate son named Warren.

A true story ( you couldn't make this up )

Superglue, what a great invention, so many uses, so versatile, but anyone who uses it knows it has the ability to find it’s way into and onto places you may not have intended. This story is about one such episode.
A local archer who should perhaps remain anonymous (we’ll call him Fred) decided to install a kisser button on his string to help with a consistent anchor point, having laid his bow and the tools needed on the table was about to start when Fred’s wife asked what he was doing, installing a kisser button replied Fred, perhaps you should have some help with that she suggested, Fred, perhaps feeling his ability was in question replied I don’t need help with this simple task, I’m not helpless, what could possibly go wrong? Well, Fred was soon to find out.

Installing a kisser button is not a difficult task and Fred was quite right to feel confident, and soon determined the correct position, installed the button and proceeded to tie it in, once tied in a tiny drop of superglue was applied to the knot with a toothpick, good practice, no problems so far.
Having finished, Fred drew the bow one more time to make sure all was good and that’s when he discovered that the kisser button was now super-glued to his lip, and him with a compound bow at full draw, not a low poundage youth bow either but a fully rigged 55 pound target bow. Well, Fred now has a bit of a problem and after thinking about it for as long as his now trembling muscles would allow, managed to let the bow down by slowly allowing the bow to come to his face, no small feat but not in the clear yet as it is still attached to his lip, after several minutes of fancy tongue work (I know I know) he managed to break the bond and could finally lower the bow. Now at this point Fred’s wife came in and asked “all finished, how did it go?”

Archery is not difficult, or hard to understand.... until you miss. 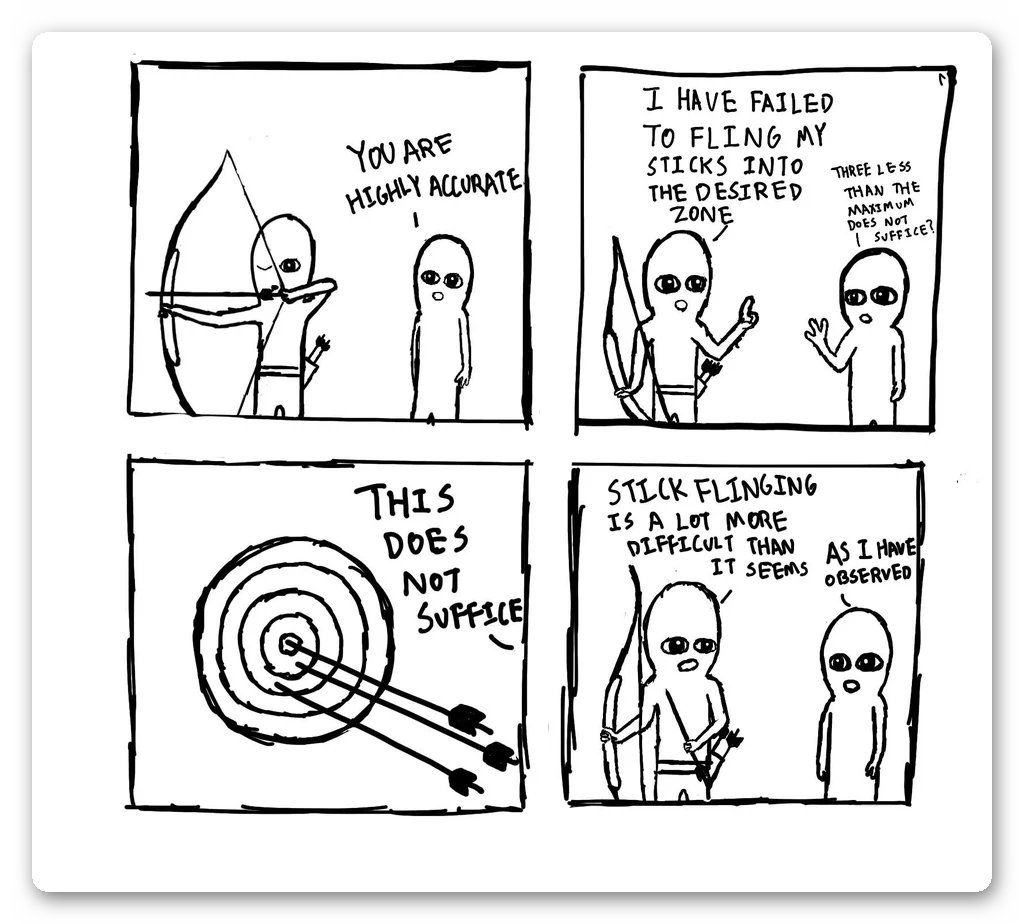 Time flies like an arrow but fruit flies prefer a nectarine.

If you want to join this club, I could pull some strings.

Archery has a lot of drawbacks, but you can't try it until you nock it.

Sometimes after archery we meet at the cheese shop, just to shoot the Bries.

Somebody once told me, “there's more to life than archery”

I think it was my ex wife.